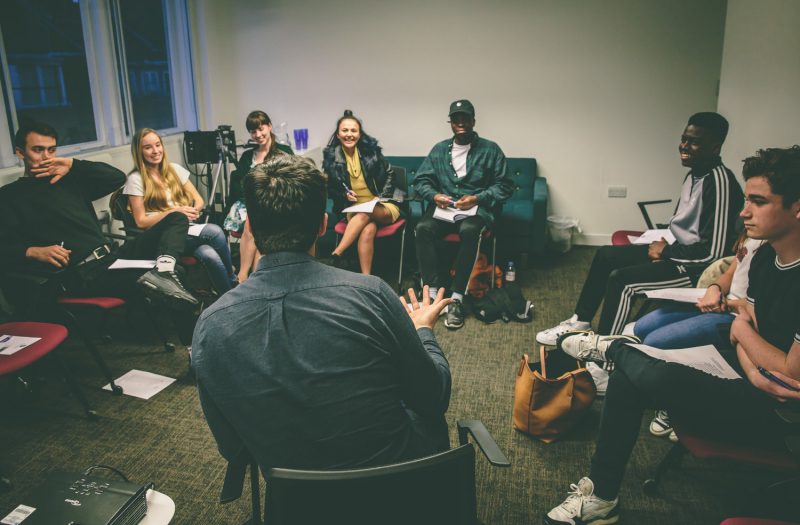 Actor and wirter David Mumeni has launched Open Door, a non-profit that aims to help young people who may not have the financial support or resources to gain a place at one of the UK's leading drama schools.

Open Door are looking for 30 young people based in London who are serious about pursuing a career in acting but may need a little help in getting there. The process of applying for drama schools is often difficult and expensive so Open Door aim to help by providing support needed to go into auditions feeling prepared, confident and without any worry of financial strain. And it’s all free! The plan is to deliver the scheme around the UK from next year. David Morrissey, Amanda Redman, Emilia Clarke, Nadira Seecoomar, Riz Ahmed and Woody Harrelson have already been announced as patrons of the scheme.

Speaking to The Stage, Mumeni said: “The idea is for young people who don’t have the financial support or resources to apply for drama school. As an actor I feel quite a minority. I’m from a working-class background, that’s a rare thing in the acting profession. If 7% of people went to private school, it doesn’t make any sense. Class has been a barrier for me. We’re obviously offering free auditions, but more than money I think it’s the knowledge about what’s needed that’s important: that you do get rejected the first time you try, that’s normal. It’s about access to things like Shakespeare – I went to one audition and the guy said: ‘You’re not using the iambic,’ and I thought: ‘I don’t know what the iambic is, I’m here to learn that.’ There’s a need for it, and there’s a lack of knowledge.”

To find out more and to apply, click here.