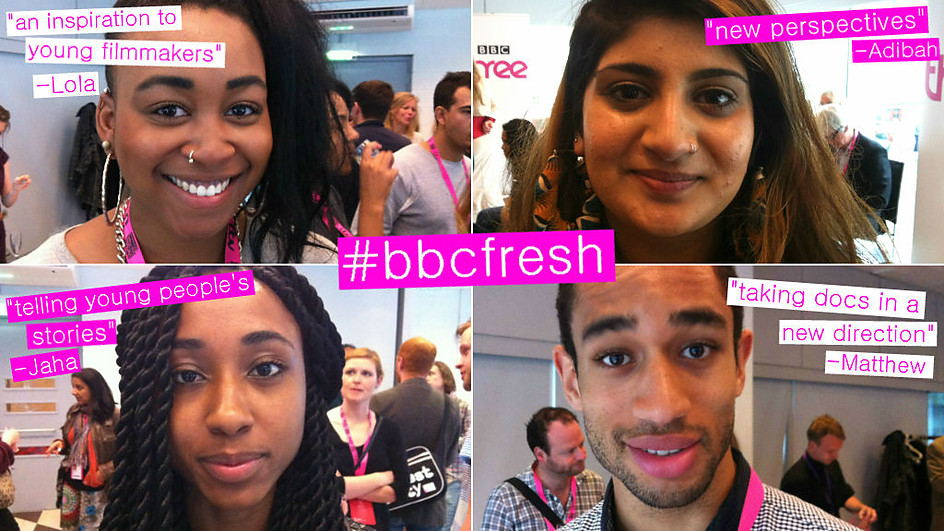 BBC Three has announced the launch of an exciting new initiative to find aspiring directors of the future with the creation of Fresh Online – a BBC online space which will showcase the country's best short-form documentaries.

Fresh Online will invite aspiring factual filmmakers to produce and submit their short films, which will then be showcased on a new Fresh Online website due to go live later this summer. The website will provide a platform for aspiring filmmakers to get their work seen, while also becoming the ‘go to’ place for BBC Three audiences interested in documentaries. A collaboration between BBC Three, BBC Documentaries and BBC Learning, Fresh Online will sit alongside the Fresh new directors scheme already run by BBC Three.﻿

Zai Bennett, Controller of BBC Three, says: “I’m thrilled with the success of documentaries on BBC Three – from BAFTA-winning Our War and the Body Image season to the recent success of The Call Centre, the channel is committed to delivering documentaries on a diverse range of topics specifically for a younger audience. The Fresh directors scheme for up-and-coming filmmakers has played a vital role in BBC Three’s factual offering, and now we’ll be extending that with Fresh Online aimed at finding the directors of the future."

Fresh Online was announced at Sheffield Doc/Fest by Charlotte Moore, Commissioning Editor for Documentaries: “Fresh Online is a chance for us to find raw talent and the next generation of filmmakers. We’re looking for people who have stories to tell and something to say about the age we’re living in. Free from the pressures of schedules, budgets and viewing figures, it’s a chance to experiment, to create short films and to become part of a community of documentary makers in this country. It could be your first step on the road to an Oscar! We’re looking for films between two and 10 minutes long which give an insight into what’s really important for young people in today’s Britain."