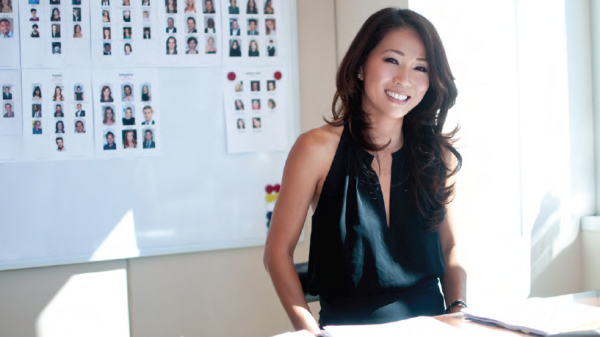 Keli Lee, executive vice-president, casting at ABC, was back in the UK by popular demand last week following her appearance at the TV Festival’s diversity session, Minority Report: Is TV Racist?

Her timing couldn’t have been more perfect. As she flew over from LA for our diverse casting event with Creative Skillset, one her shows was taking Twitter by storm. Black-ish, written by Anthony Anderson and starring Laurence Fishburne, achieved ratings which rivalled Modern Family’s opener, and looks set to become the first successful black sitcom on network television in a decade.

Lee casts for all of ABC’s scripted series – currently 37 – with shows such as Lost, Grey’s Anatomy and Scandal among the line-up. With a host of new Autumn shows starring people from ethnically diverse backgrounds, the network is receiving praise for having “the most diverse slate on US television.” (Hollywood Reporter)

How? We asked Baroness Oona King and Channel 4’s diversity exec to find out how Lee operates and what role her diverse casting initiative, something that has run for 13 years, has played in that.

Tell us about your background

I was born in Korea and moved to the US when I was 2-years old and growing up I wanted to assimilate. I wanted to be as American as possible and what is that? It’s television. But it was only when I was working in television that I stopped and asked ‘where’s the diversity? This is not real. How can we make this as real as possible?

I never felt like I really belonged and I think that’s the way a lot of immigrant families feel as well. Feeling like I didn’t belong made me empathise with so many different kinds of people.

Were your parents disappointed that you moved in to TV?

They still don’t understand what I do. Even when I was vice-president of casting at Disney they asked me when I was going to law school!

How did you get in to TV?

I had a summer job at Caroline’s comedy club – right before Roseanne and Seinfeld were about to get that shows. I was taking reservations and socialising with comedians and thought it was the greatest job in the world. One said ‘what are you doing with a philosophy degree? I’ll introduce you to a casting director at Warner Bros.’ I met her and asked her ‘what is casting?’ I was hired as an intern and my first job was as an assistant on Clint Eastwood’s Unforgiven.

Progression at mid-and senior-level is one of the issues in the UK Did you ever experience a glass ceiling?

There’s a 360 strategy on the workforce side and a mentoring programme aimed at everyone. But there arecertainly efforts and commitments to find as many diverse people as possible.

Why did you launch the diverse talent showcase?

The conversation I was having with so many producers and industry colleagues was we’re seeing the same diverse talent, where’s the rest. It was an issue of pipeline.

If that’s the issue I thought how do we find talent for you. I’d been to a lot of showcases and sat through them for hours so I created a showcase that lasts an hour, and leaves people wanting more.

The first 2 years we learnt a lot. We initially broke it down into 4 showcases for different ethnic groups but we then combined it into 1 fully diverse showcase. We interviewed 700 diverse actors in New York and 700 in LA. This year, we interviewed 7000 so it really has grown.

What are the mechanics?

I do this in addition to casting for 37 series. When pilot series is over in April/May we release breakdowns for our showcase. We go through submissions and my team select 14-20 in each city.

We give them material which is written by diverse writers – who can have their work showcased to the whole industry – NBC, CBS, Fox, agents, casting directors.. – I keep it open because this is the early stage of their career and I want to give them as many opportunities as possible. ABC is never going to have enough so we need a combined effort.