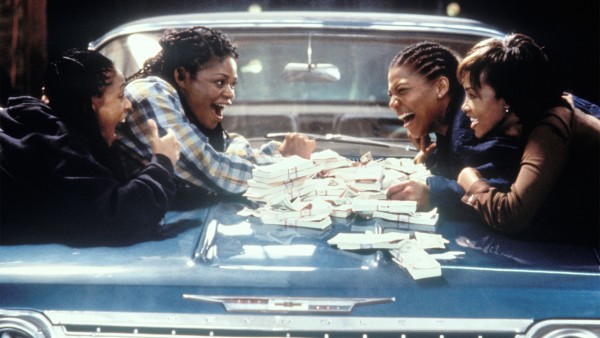 As part of its BLACK STAR season, the UK’s largest ever celebration of black actors in film and television, the BFI is bringing audiences back to the thrilling days when Hip Hop stars first made bold, successful moves into acting. Presented by Sonic Cinema and in association with MOBO Film, the Hip Hop weekender will take place from 4 -6 November at the BFI Southbank in London and feature film screenings, DJ sets and a family funday.

A Hip Hop weekend would not be complete without live music from a few of London’s top DJs: The Doctor’s Orders, Time Out’s ‘kings of the capital's Hip Hop scene’, join BFI Southbank to present a club night for adults on Friday, 4 November and a special morning club event called FUN DMC, for kids and parents on Sunday, 6 November. WORK IT, on the scene since 2008, will bring their 90s hip hop and RnB tracks to the BFI Southbank following the screenings on Saturday, 5 November.

BLACK STAR Family Funday, which will take place at the BFI Southbank on Sunday, 6 November will include a screening of Joe Pytka’s Space Jam (1996), starring Michael Jordan, Bill Murray and Danny DeVito; and a Daytime Block Party with music from The Doctor’s Orders, dancing and a chance for kids to master their basketballs skills with players from the London School of Basketball.

The BFI’s BLACK STAR season, which will run until the end of the year, is the UK’s biggest season of film and television dedicated to celebrating the range, versatility and power of black actors. The season’s aim is to bring the work of black actors to a new generation of UK audiences, helping to reposition them and their performances in our collective memory. BLACK STAR will be available to audiences everywhere in the UK; in cinemas including BFI Southbank, on BBC Television, on BFI DVD/Blu-ray and online via BFI Player from 17 October – 31 December.