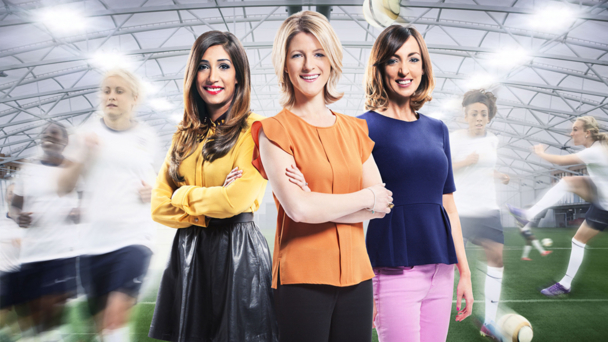 Today is the day that the BBC Three's coverage of the Women's European Football Championships begins. With England representing the home nations, football fans will be able to tune in to BBC Three for a host of live matches as well as extensive highlights throughout the tournament that takes place in Sweden between 10-28 July.

BBC Three Programmes will start at 7pm and include highlights of the earlier games before live coverage of the 7.30pm kick off, so fans won’t have to miss out on any of the action.

All of England’s matches will also be broadcast live on BBC Radio 5 live or 5 live Sports Extra. In addition to TV and radio coverage, the BBC Sport website has live text commentaries on every England game along with the latest news, reports and on-demand video highlights. Every televised game will be streamed live across the BBC sport website, mobile, IPTV and the smartphone app.

Coverage of the 2013 Women’s Euros comes as part of a substantial commitment to women’s football from BBC Sport. On 20 May BBC Sport will broadcast a preview show of the FA Women’s Cup Final on BBC Two and BBC Two HD, with live coverage of the final itself on 26 May. Later in the year there will be four FA Women’s Super League programmes providing goals round-ups, highlights and features as well as looking ahead to England Women’s World Cup qualifiers, which will also be shown live on BBC Two and BBC Two HD.

BBC Director of Sport, Barbara Slater, commented: “We are delighted to provide cross-platform coverage of this summer’s European Championship as well as women’s football in general as the sport continues to grow in popularity. With the tournament being broadcast on BBC Three we want to build on the momentum of London 2012 by making women's football available to new audiences. The Women’s Euros joins an impressive BBC Sport football portfolio that includes the Premier League on Match Of The Day and 5 live, the Football League, this summer’s Confederations Cup and next year’s World Cup."

Zai Bennett, Controller, BBC Three, added: “I’m really proud to have the Women’s Euros on BBC Three, continuing our commitment to women’s football which proved such a hit on the channel during the Olympics last year.”

Jacqui Oatley, the first female commentator on Match Of The Day and a regular reporter for Football Focus and the Football League Show, will present live broadcasts. Alongside Jacqui there will be a wealth of footballing experience in the studio, as guests providing analysis will include ex-England Internationals Faye White and Sue Smith.

For more infomation on the ive match schedule, click here.