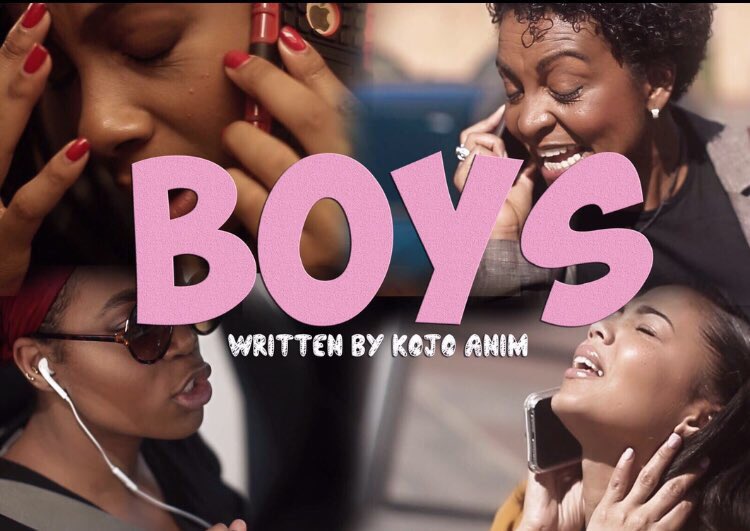 Boys is a short film from The Colour Network about women who are having various conversations about the negative impact men are having in their lives. The short, which will see it's alternative Girls version released in the next week, was written, produced and directed by Kojo Anim (Creator of The Weekend movie, which is now available on Netflix).

Check it out below.