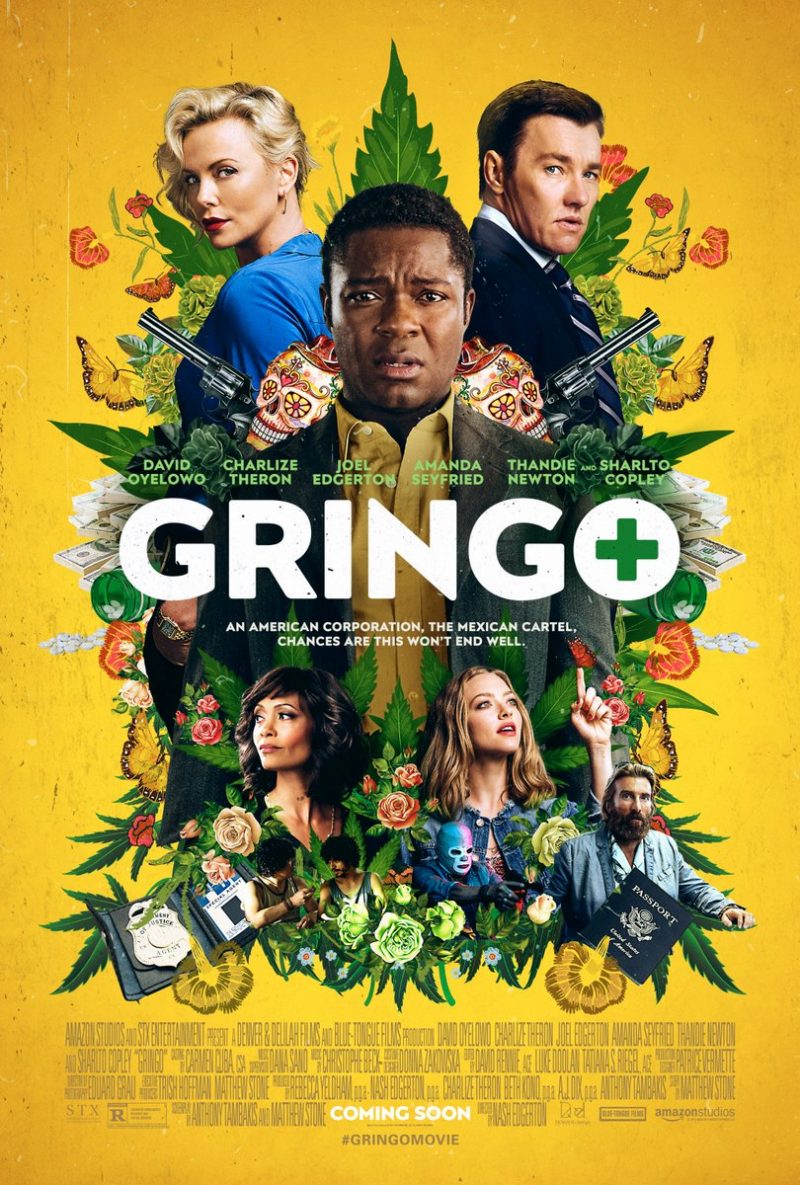 Reposted in part from Den of Geek.

David Oyelowo plays a bankrupt businessman thrust into a tangled web of criminal activity, drug lords and mercenaries in the hilarious first trailer for the new dark comedy, Gringo.

Official synopsis: Mild-mannered pharmaceutical company executive Harold Soyinka (David Oyelowo) takes a business trip from Chicago to Mexico with his cutthroat bosses Richard (Joel Edgerton) and Elaine (Charlize Theron). At the company’s Mexican lab, Richard orders manager Sanchez (Hernán Mendoza) to stop selling the bioengineered marijuana product Cannabax to a brutal, Beatles-loving cartel kingpin known as The Black Panther. Meanwhile, straight-arrow Harold learns he’ll be out of a job as soon as Richard and Elaine sell their newly cleaned-up company to a conglomerate. And when he turns to his wife Bonnie (Thandie Newton) back home for comfort, she confesses via Skype that she’s having an affair.

Targeted by the ruthless Black Panther, who hopes to gain access to the Cannabax formula, Harold disappears before his bosses return to Chicago. A few hours later they receive a call informing them he’s been kidnapped, and his captors are demanding a $5 million ransom. Rather than pay, Richard dispatches his mercenary-turned-humanitarian brother Mitch (Sharlto Copley) to extract Harold. But even with some temporary assistance from warmhearted American tourist Sunny (Amanda Seyfried) and her drug-mule boyfriend Miles (Harry Treadaway), Harold’s prospects for survival grow dimmer by the minute.

Pursued by an army of attackers, Harold crosses the line from mild-mannered citizen to wanted criminal. But is he out of his depth? Or two steps ahead? An action-comedy roller-coaster ride brimming with black humor, white-knuckle car chases and double-dealing, Gringo takes the concept of adventure travel to a whole new level.

Nash Edgerton directed Gringo while Anthony Tambakis and Matthew Stone co-wrote the script. The Amazon project is released March 9th – check out the trailer below.