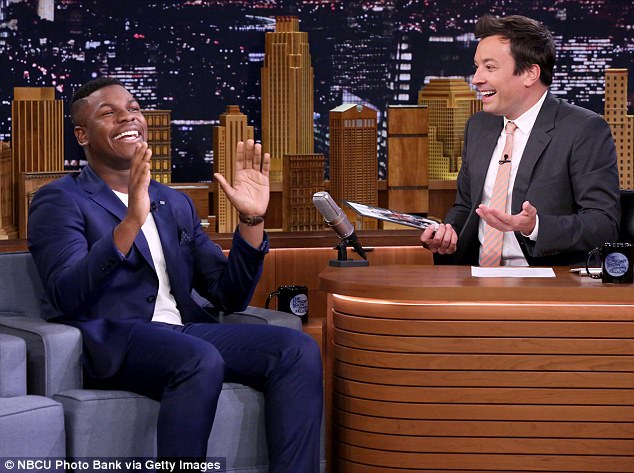 His star just keeps on rising! John Boyega appeared on The Tonight Show starring Jimmy Fallon to talk about life after (and before!) Star Wars as well as his upcoming movie Detroit.

Directed by Oscar-winning Kathryn Bigelow, the film is based on the Algiers Motel incident during Detroit's 1967 12th Street Riot. It is being released to commemorate the 50th anniversary of the event and also stars fellow Brit Will Poulter, Algee Smith, Jason Mitchell, John Krasinski and Anthony Mackie.