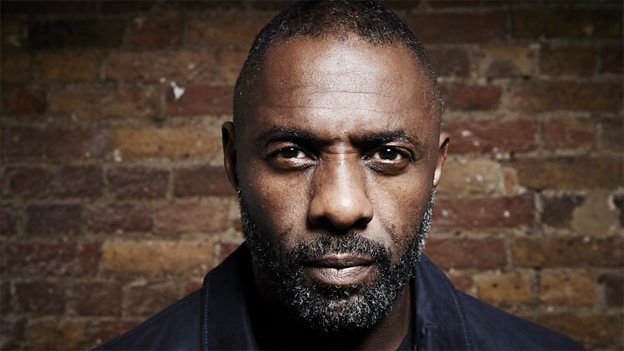 The Idris Takeover is a unique and ground-breaking season of content created and curated for BBC Three by Idris Elba, available from Monday 27 March. The week long collaboration will cover topics from comedy, drama, music and documentary, working with some of the best new and emerging talent in all fields and tackling issues that are relevant to young audiences today.

The season, produced by Green Door Pictures, will be released across BBC Three’s iPlayer channel, YouTube channel and BBC Three’s website telling the stories of young people from a modern and diverse Britain.

Idris Elba says: “There's a part of me in every aspect of this season; comedy, drama, documentary, sport all made by a truly diverse team both on and off screen.”

Damian Kavanagh, Controller, BBC Three says: “Idris is passionate about giving opportunities to new and exciting talent, as is BBC Three. As well as being able to provide a platform to those on and off screen, we’re passionate about telling stories for young people, made by young people. The Idris Takeover is a unique collaboration which I know our audience will enjoy.”

Ana Garanito, Head of Scripted, Green Door Pictures says: “The BBC Three curation is such a unique and exciting opportunity for Green Door Pictures to showcase new and emerging talent as well as tell engaging and sometimes untold stories. This is at the heart of the Green Door DNA which are a shared set of values with BBC Three, so we are beyond excited to be building this curation with them.”

Comedian Romesh Ranganathan presents these six hilarious comedy shorts with some of the UK’s most loved comedians, including Jack Dee, Sharon Horgan, Russell Howard, Jayde Adams, Humza Arshad and Tim Renkow. In these one to one, frank and funny conversations, they discuss their earliest memories in their comedy careers – from show flops to patronising fans and facing their fears through an engaging, empathetic and relatable pub chat.

Nigerian born Moses Adeyemi has had a tough upbringing. Raised by his aunty, at the age of 16 he became embroiled in a world of crime. After being convicted, he turned his life around to become a personal trainer. Now drawing on his own experience he helps people cope with life trauma through mental and physical training. In this film, we follow his journey, discussing his own experiences and how that has shaped him as a dad, and watch as he trains Emmanuel, a young man working through his issues and striving for a better life.

A split second decision led to disaster and depression for Marcus Perrineau-Daley. Now a paraplegic boxer and weightlifter, he aims to get para-boxing in the Olympics by 2020, all whilst training others with disabilities.

Years of eating disorders, coupled with an abusive relationship eroded Zoe Johnson’s self-confidence. Through American football, she found her confidence again and now plays as the only woman on an all-male American Football team.

From Child Soldier To Jockey

When he was young, Abdul Kareem Musa Adama used to like riding horses on the family farm and looking after the cattle. After his family were killed and the farm destroyed in an attack, rebels tried to force him to become a child soldier. Now, years later his love of horses is helping him rebuild his life as he learns how to become a professional jockey.

Music mogul and entrepreneur Jamal Edwards has worked with new and emerging MC’s and artists from across the UK to create a brand new track and video, produced by up and coming producer Komenz. The finished product will see C-Cane (London), Shogun (Scotland), Truemendous (Birmingham), Berna (London), Eaton (Wales), Alika (London) and Olivia Louise (Chester) as they work together on a collaborative track on the theme – inspire.

In this documentary, we shine the light on Joe Heron AKA Shogun, a 19 year old MC from Paisley, Scotland, who with no connections but plenty of talent has racked up 1.75 million YouTube hits for his brand new track and has gone on to support acts such as Bugzy Malone and Pharaoh Monch.

How and why does a 25 year old working class woman from an underprivileged background have a burning desire to fight for injustice and enter one of the most traditional, exclusive law professions? We follow Leila Taleb, an aspiring Barrister from Bradford as she struggles to win one of the few scholarships available.

Director Mollie Mills has already gathered a fan base following her films exploring youth subcultures with a truly mesmerising visual style. In this one off documentary, she follows five groups of 17 year olds in Scarborough and unpicks what their hopes and dreams are in marginalised Britain today. From a young male dancer desperate to escape the council estate and travel the world as a cruise ship performer to young teens discussing the lack of opportunities available to them and the prejudices they face, this is an open and honest portrayal of the realities facing young Brits today.