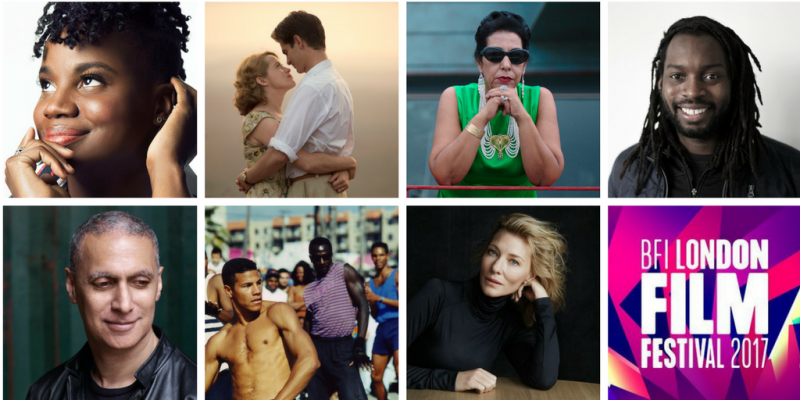 The 61st BFI London Film Festival in partnership with American Express® has announced its full programme, featuring a diverse selection of 242 feature films from both established and emerging talent. This 12 day celebration of cinema illustrates the richness of international filmmaking, with films to delight and entertain audiences, and also films that probe and interrogate issues of significance.

The Festival is the UK’s leading and most prestigious film festival, representing one of the first opportunities for audiences – both the UK public and film industry professionals – to see the very best new films from across the globe, alongside an events programme with some of the world’s most inspiring creative talents. The 242 feature programmes screening at the Festival include: 46 documentaries, 6 animations, 14 archive restorations and 16 artists’ moving image features. The programme also includes 128 short films, and 67 countries are represented across short film and features.

Each evening of the Festival sees a Headline Gala presentation at Odeon Leicester Square. Alongside the Galas, Special Presentations and films in Competitions, the Festival will show a thrilling range of new cinema in sections Love, Debate, Laugh, Dare, Thrill, Cult, Journey, Experimenta, Family and Create – which provide pathways for audiences to navigate the programme.

The BFI London Film Festival each year provides a vibrant forum for the exchange of ideas, with films stimulating debate and shining a light on pressing social and political issues. This year a number of ‘talking points’ ripple through the Festival programme, including:

Amanda Nevill, Chief Executive at the BFI said: “It is a delight to welcome some of the most thrilling storytellers from across the world to the Festival – we love to watch and engage with the extraordinary conversations that the Festival brings to our doorstep with every edition. London has a big heart and this year we are again reminded of the generosity and freedom of this awesome capital city of ours which so readily embraces this multiplicity of cultures and new voices. This creativity is reflected across the UK and the engine that is enabling filmmaking to thrive, supported by a favourable fiscal environment, outstanding skills and talent and ever expanding infrastructure and facilities.”

Festival Director Clare Stewart said: “In these globally tumultuous times, filmmakers around the world have increasingly urgent stories to tell and more reasons than ever to reimagine our reality. This year’s BFI London Film Festival programme is rich with opportunity – to stay informed, be challenged, feel the pleasure of escape and see the world differently.” 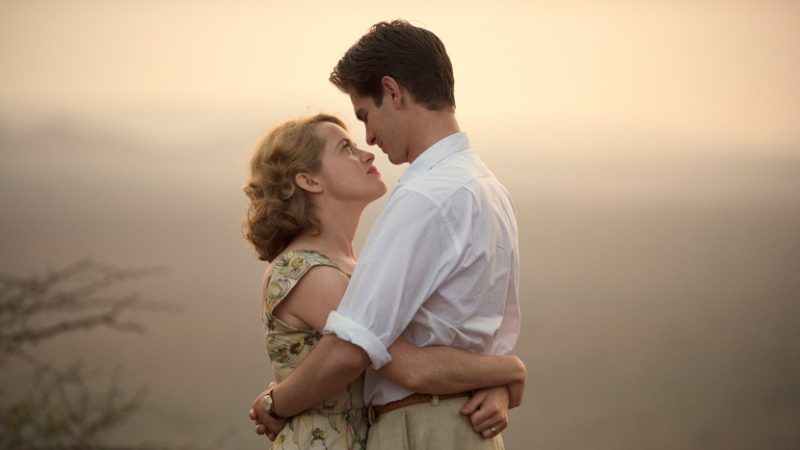 The Festival opens with the European Premiere of Breathe, the directorial debut of Andy Serkis. Adventurous and charismatic, Robin Cavendish (Andrew Garfield) has his whole life ahead of him when he is paralysed by polio whilst in Africa and given just months to live. Against all advice, Robin’s wife Diana (Claire Foy) brings him home from hospital where her devotion and witty determination inspire him to lead along and fulfilled life.

Receiving its European Premiere as The American Express Gala, Valerie Faris and Jonathan Dayton’s film Battle of the Sexes dramatises the build up to the 1973 tennis match between women’s world champion Billie Jean King (Emma Stone) and ex-men’s-champ and serial hustler Bobby Riggs (Steve Carell). The match became one of the most watched televised sports events of all time, reaching 90 million viewers around the world.

Call Me by Your Name

Luca Guadagnino (I Am Love, A Bigger Splash LFF 2015) returns to the Festival with this adaptation of André Aciman’s coming-of-age novel Call Me by Your Name. The Mayor of London's Gala film is a sun-kissed, cinematic ode to the ecstasy and exquisite pain of first love, starring Timothée Chalamet as Elio, a musically gifted 17-year-old whose idyllic summer break takes a tumultuous turn when Oliver (Armie Hammer) arrives to stay at the family palazzo.

In the BFI Patrons’ Gala, Downsizing from Alexander Payne (Nebraska, LFF 2014), when Norwegian scientists discover a method for shrinking people to pocket-size as part of a grand design to limit humanity’s footprint, a thriving parallel ‘small’ society emerges. Ordinary, work-a-day Paul Safranek (Matt Damon) wants to scale-up his options by sizing-down, but things begin to go awry when his wife Audrey (Kristen Wiig) gets cold feet.

The May Fair Hotel Gala is the European Premiere of Film Stars Don't Die in Liverpool, in which Annette Bening and Jamie Bell vividly bring to the screen the intense romance between Academy Award®-winning star of The Big Heat Gloria Grahame and her much younger lover.

In director Saul Dibb's adaptation of R C Sheriff’s classic play Journey's End, when C Company, led by Captain Stanhope (Sam Claflin) is about to take its posting on the front line during the First World War, with munitions and morale depleted each man’s character is laid bare. The film receives its European Premiere at the LFF.

Yorgos Lanthimos follow-ups The Lobster (LFF 2015), with Headline Gala The Killing of a Sacred Deer. Colin Farrell and Nicole Kidman star in a  twisted and slyly macabre morality tale which interlaces elements of Greek tragedy, surrealism and absurdist horror.

Mudbound is Dees Rees’ triumphant return to the Festival after Pariah (LFF 2011). Receiving its European Premiere her majestic epic examines the histories of two families in the Deep South, charting how the unlikely friendship of two Second World War veterans ignites racial tension.

The American Airlines Gala The Shape of Water, is an old-school tale of the inexplicable and pure cinematic joy from Guillermo del Toro, featuring a wonderful central performance from Sally Hawkins.

Former Best Film and Sutherland Winner, Lynne Ramsay returns to the Festival with Headline Gala You Were never Really Here – a brutal portrayal of one man’s battle with repression and abuse is anchored by a rage-fuelled, Cannes-winning performance from Joaquin Phoenix.

The Festival Gala, in association with Time Out, features Sean Baker’s magical The Florida Project, an instant classic about childhood innocence set against the backdrop of America’s failed economy.

Other Strand Galas include: can be found in each of the sections below but in 2017, they are: the Dare Gala,  François Ozon’s Amant Double; the Family Gala, Benjamin Renner and Patrick Imbert’s The Big Bad Fox and Other Tales; the Thrill Gala, Takashi Miike’s Blade of the Immortal; the Debate Gala, Samuel Maoz’s Foxtrot; the Laugh Gala in association with Empire, Noah Baumbach’s The Meyerowitz Stories (New and Selected); the Love Gala, Dominic Cooke’s On Chesil Beach; the Create Gala, Michel Hazanavicius’ Redoubtable; the Archive Gala, Shiraz: A Romance of India; the Cult Gala, Joachim Trier’s Thelma and the Journey Gala, Todd Haynes’ Wonderstruck. 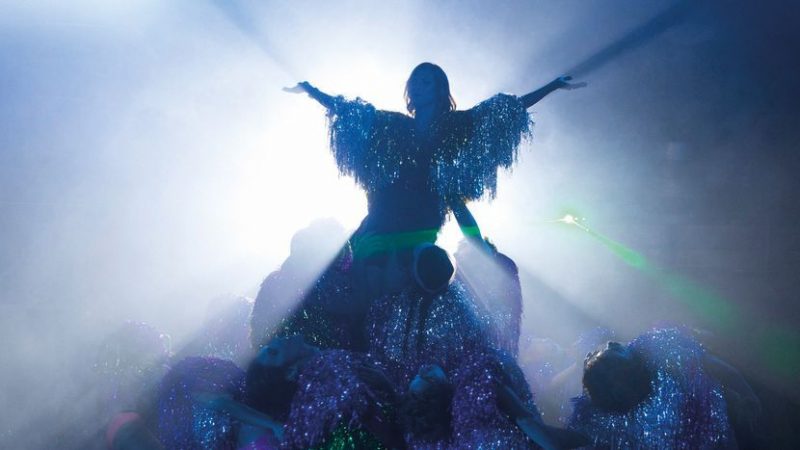 Eight Special Presentations shine the spotlight on new work from major directors including:

Key filmmaking talent due to attend the Festival’s gala and special presentation screenings include:

The BFI London Film Festival Awards celebrate the highest creative achievements of British and international filmmakers showcased in our Competitive sections, applauding extraordinary storytelling and inventive filmmaking across all the categories. The winners in each competition are selected by festival juries and announced at the LFF Awards, a high profile awards dinner held at Banqueting House on Saturday 14 October. Paul Greengrass will be presented with the BFI Fellowship award at this year’s Awards ceremony.

Titles in consideration for the Sutherland Award in the First Feature Competition recognising an original and imaginative directorial debut are:

The Grierson Award in the Documentary Competition category recognises cinematic documentaries with integrity, originality, and social or cultural significance. This year the Festival is screening:

The Short Film Award recognises short form works with a unique cinematic voice and a confident handling of chosen theme and content. This year the Festival is screening:

The Festival programme is organised in sections to encourage discovery and to open up the Festival to new audiences. The strands are: Love, Debate, Laugh, Dare, Thrill, Cult, Journey, Create, Family, Treasures and Experimenta. Find out more here. 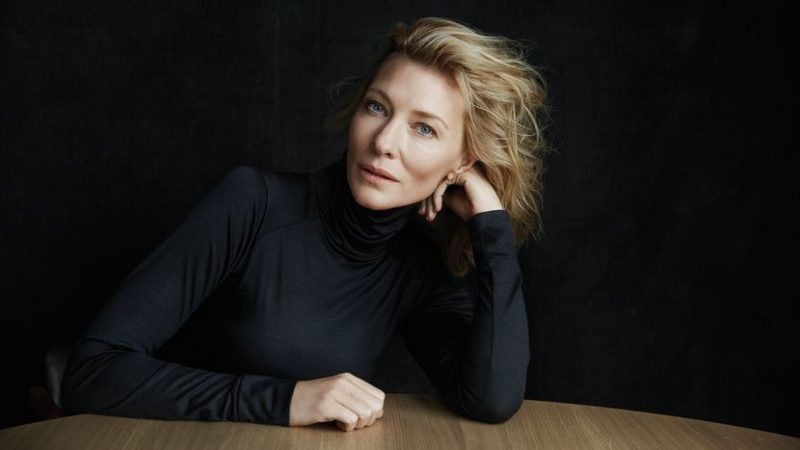 The acclaimed LFF Connects series returns with a programme of agenda-setting talks from the world’s leading artists and thinkers who are working at the intersection of film and other creative industries, while the Festival's acclaimed Screen Talks series will welcome some of the most exciting international actors and directors in contemporary cinema to discuss their body of work. Talks include:

To find out more about the programme, visit www.whatson.bfi.org.uk/lff.