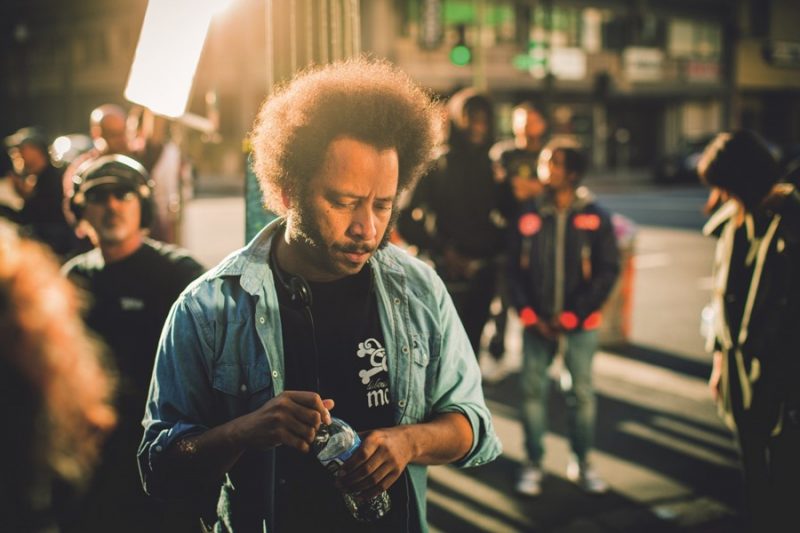 Lakeith Stanfield and Tessa Thompson leading a brilliant cast. Boots Riley at the helm. A celebrated premiere at Sundance and a hot ticket at the 2018 BFI London Film Festival. If you haven't seen or heard about Sorry To Bother You, then sorry…where have you been?! Well don't worry; for those in the UK, the satirical debut from Riley is released on 7th December and mark our words, it's a date to put in your calendar.

The film follows a Cassius Green (Stanfield), a telemarketer who adopts a 'white voice' in order to thrive in his job. However, he is soon swept up into a conspiracy and must choose between making money at the expense of humanity and joining his activitst friends and girlfriend Detroit (Thompson) to fight the powers at play. The film also stars Armie Hammer, Omari Hardwick, Danny Glover, Steven Yeun, Terry Crews and David Cross.

Ahead of its release, we spoke with writer and director Boots Riley about his first feature film after years as a revered musician. From working with Stanfield and Thompston and advice for other filmmakers, to deeper themes of class, activism and harnessing the power of our labour, we delved into the brilliant mind of Mr Riley. 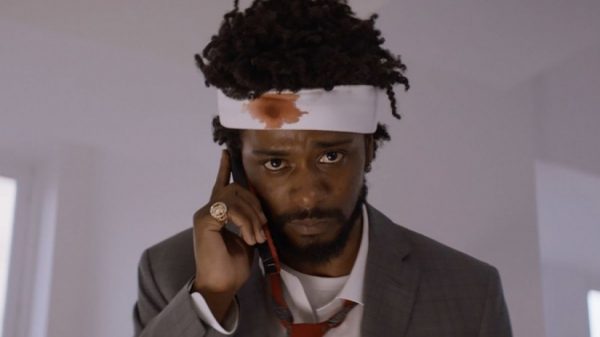 Michelle Owusu: There has been a very strong and positive reaction since the trailer was released. Variety called it "deliriously creative", however how would you sum up the film in your own words?

Boots Riley: I'd say this film is an adsurdist dark comedy with magical realism and science fiction, inspired by the world of telemarketing.

MO: Well that sounds inviting! What was the inspiration behind it all?

BR: I knew I wanted to create a story which took place in the world of telemarketing, where there was a struggle on the job and the lead character had to decide what side he was on. That’s all I knew. The rest of it, I took the journey with him.

MO: 'Him' being the brilliant Lakeith Stanfield who plays the lead character Cash. It felt like the role was made for him, but I understand there were other people in the running before he was cast (Jordan Peele, Donald Glover). What was it about Stanfield that made you go ‘he’s got it’?

BR: It was meeting with him – we had a long talk about people and how they take things. I was talking about how my 17 year old son takes things in in a special way and he was talking about his brother. We just had a conversation about that and seperately, he seemed like he was ready. I met with a lot of actors and many of them felt like they were just trying to get ahead; that their version was like ‘I can get this role, then I can get that role’. It seemed like they thought they were as good as they could be and maybe they might get better just through experience, which is possible – that happens. But Lakeith seemed to be genuinely interested in figuring out how he could hone his craft and consciously get better.

MO: And Tessa Thompson also came though hard playing Cash's activist girlfriend Detroit. For me, as a black woman, it was really refreshing to see her character. She knew what she stood for, she didn’t compromise and importantly, she didn’t try to save Cash; she lets him find his own way. Who or what did you draw from to develop that character?

BR: All of the characters in there were me. I just wrote them as myself as that’s how you can make people more human I think, as opposed to ‘this is what this kind of person would do’. This is what I would do in that situation, you know. There are definitely many women who are very much involved in important movements, so it’s also a composite of a lot of people however, the dialoge and choices are made up of what I would do. I’d also say Tessa brought a lot of creativity to it all. For instance, her look – I was like "you’re in everything, you’re going to have to look different in this!" And so we were like "let’s change your hair colour" and she said "I'm down, I’ve never done that before!" Even just in life she hadn’t done it. She was excited about it, she said she talked to her manager but then she had reshoots for Thor Ragnarok and they were like "what are you doing?!" so they had to make a $10,000 wig for her!

MO: Oops! Speaking of the visuals of it all, from the cast styling to the world it's set in, the film cleverly bends reality but is also very close to reality in terms of reflecting the issues happening in society today. How did you balance that in terms of ‘okay, I can’t go too left and risk alienating people’ but at the same time wanting to be super creative? Were you ever conscous of that?

BR: Production design wise, I wanted it to be pushed but I didn’t want people to feel like it was a totally different world because I’d seen some interviews where Terry Gilliam was frustrated after Brazil because so many people thought it was in the future, even though at the very beginning it said ‘somewhere in the 20th century’. But that was, to me, partly because the production design was so far out there that you thought ‘oh maybe he’s saying this is in the future’ and that beginning is kind of a joke or something like that. So I realised that I wanted it to feel real but still have this 'clutter'.

MO: And as part of that realism, there are pretty strong themes present – the working class doing all of the work while the upper class benefit from it, themes about morality and your conscience…

BR: And how the idea of race plays into all of that, yes. And about where our actual leverage point of power is in this system.

MO: And do you think in this current climate people are using their power? Activism is something that has been around for a while however, it does feel like social media has amplified it – some people say for the better, some say for the worse… 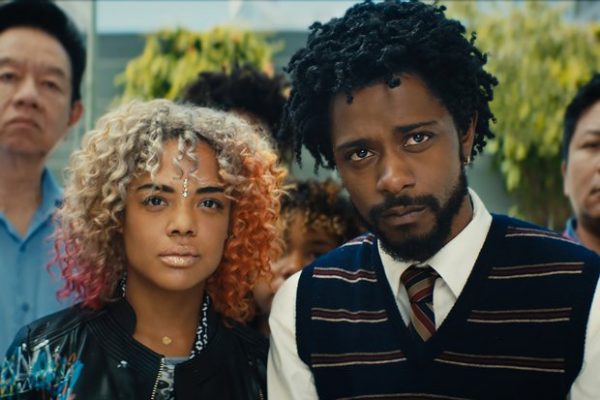 BR: But it's more than that. There’s a part in the movie where Cash is trying to expose something. To me, that’s more like where things have been for a bunch of decades. Movements where it’s like ‘we’re exposing this, we don’t like this, we want to let you know we’re mad as hell about this thing’. But there's been nothing that has been able to demand a compromise because it’s just been about exposing a problem. And it’s because the left has left behind class struggle…meaning we know that the way that this system works is through the exploitation of labour. And no matter who you are, chances are you have some kind of job. And even if you don’t have one, you’re part of that army of unemployed workers they use to threaten the people with jobs so that the wages stay low.  So it’s all part of the same system. If you have a job, you are creating a profit for someone, and that is where our power is. Becuase the people we are creating a profit for are the folks with the power – they are the puppet masters over the elected puppets who we think are in power. And so, we can get around the puppets and make the puppet masters do whatever we want them to do.

BR: Through the withholding of labour.

MO: So strikes, as we see in the film?

BR: Yeah, and connecting that with not only getting higher wages and benefits, but growing it from there to produce strikes around other issues of social change. Like…I don’t know so much about what’s going on in Britain, but in the U.S. I’m sure you heard about one of the events that started off the Black Lives Matter movement – where Michael Brown got killed in Ferguson. Wouldn’t it have been helpful if ten years prior, there had been the organising of the withholding of labour around different job related issues so that at that point, people could be like 'we want this cop fired, general strike until it's done’. He would have been out of there right away. But the point is we’re not operating from a point of power; we’re not even told to look at where we have the power. Protesting is a part of the process because you’re getting the word out about things, but we need to be organising on the job.

MO: Some wise words to consider for sure. As a final word, many of our readers are filmmakers who are trying to get their projects off the ground. As a first-time filmmaker, especially when it comes to investment and getting the right people on board, what are some wise words you would give them?

BR: There are so many, it’s hard for me to encapsulate it all in one piece of advice. The thing is…you wanna create a party that someone won't want to miss. You know? Like ‘this party is happening and we really want you to come to the party, but it’s happening and somebody’s gonna come'.

Sorry To Bother You is definitely a party you want to be at. It's one of those films that has to be seen to be believed, so if you're planning a cinema trip this weekend, you know what to do…