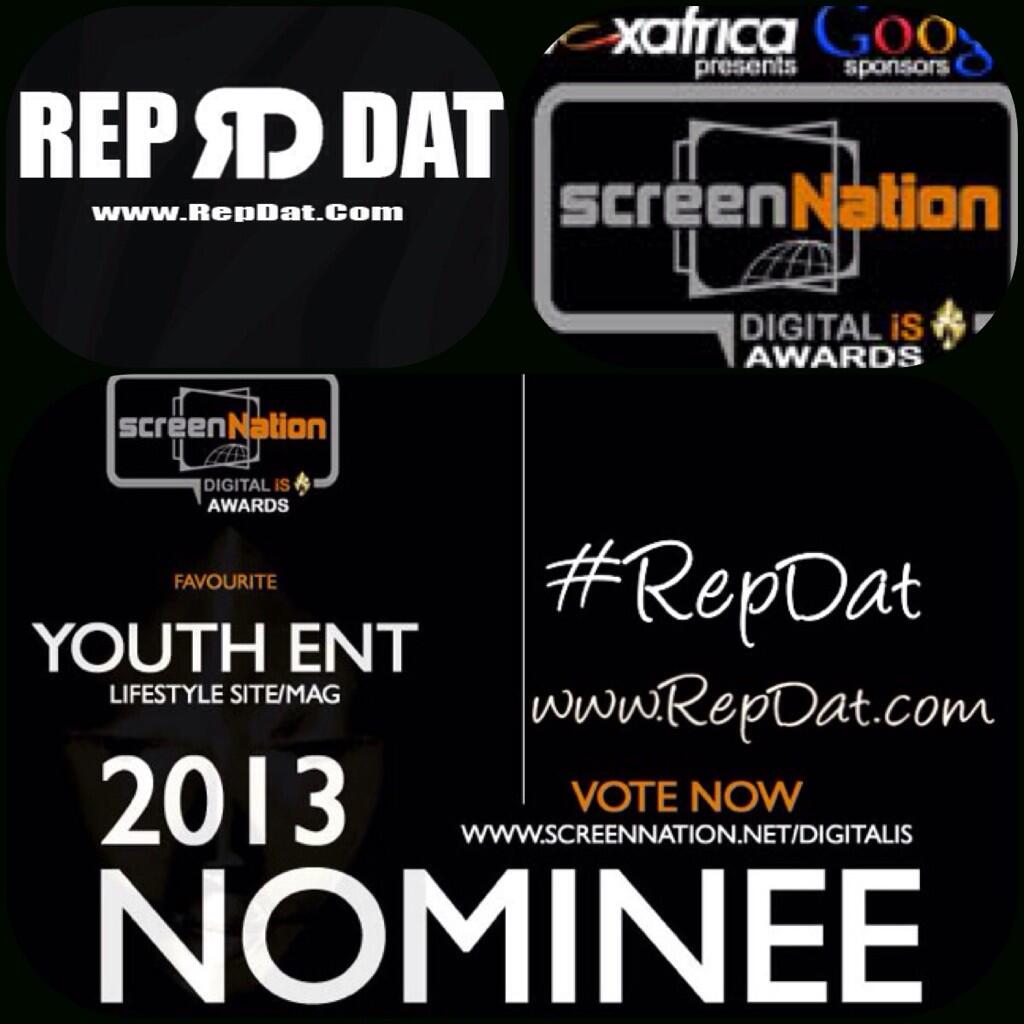 As the exclusive online media partner for the Screen Nation Digital-iS Media Awards we will be featuring each of the nominees in the lead up to the awards ceremony on 17th December. The event, which is in conjunction with Vox Africa (Sky218) and sponsored by Google and Afrinolly, will celebrate the best online content produced by black British and international digital media creatives across short film, web series, music promos, blogs, magazines, social networks and more. Tickets to the awards are sold out but you can still attend the after party – click here.

Launched in 2009, RepDat aims to give a platform to a more balanced representation of modern black British culture in fields as diverse as charities, film, sports, fashion and music. Nominated for the Favourite Youth Entertainment/Lifestyle Website or Magazine award, we caught up with founder Shaka Henry to see how it all began.

“I started watching YouTube in 2010 and was drawn into the Grime scene as I was living in Kent. When I looked for ‘black British’, there was hardly any content so I wanted to redress the balance so that if there was the negative, there would also be the positive.”

A great mission to have – and RepDat have gone on to achieve so much in the cultural space. For example, in 2012, they expanded into the world of television with a show called ‘One Mic’ which aired on Sky Channel 199. But what has been the proudest moment so far?

“I have many achievements, from having a Rep Dat stage at Wales’ biggest festival SWN, creating and broadcasting One Mic 1&2 on Sky TV to millions globally, drawing up and executing the Lambeth council adoption strategy that was promoted throughout London, sponsoring fashion shows, being media partners with the Afro Hair & Beauty, The Arfican and Caribbean Leukaemia Trust, TheVoice and turning a council flat dream into a business earning just under 2k a month. Still my proudest achievement is being nominated as you would never have known the above unless we were acknowledged.”

What has been the biggest learning?

“When I demanded to be released from a television contract, I experienced the most backstabbing and Babylon side of the business. This made me more determined to find another contract just to prove that we were for real, a force and that you never need to compromise your morals to succeed you have to believe in Jah and just RepDat.”

Hard but important lessons to learn, however by the sounds of it Shaka has a lot more positivity lined up for the near future.

“There are many options from clothing lines to DVD merchandise on the table. I guess the fact that I'm also working with 16-19 year olds to help get them into jobs for Reed Employment means the future is yet to be written but nothing happens before time and RepDat is for life ;)”

Finally, why should people vote for RepDat?

“RepDat is about coming from a notorious area and representing all that you can be; it's for all those kids written off by society sharing council flat dreams knowing they can compete and have the skillset but are given the chance to RepDat. Rep Dat means to represent that which is you so when you see the logo it's Jahreen, Leroy, Timeless, Aaron, Shaka, Jane, Dion, Jimmy, Rhian, ShotzTaken, Nebula and everyone contributing to create a better platform for Black Britain.”

For info on RepDat, see the links below: