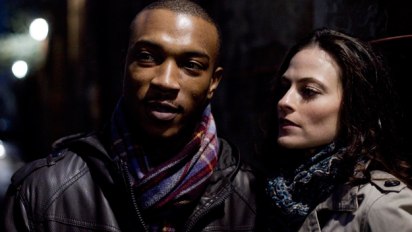 Annette works as a camouflagist, teaching patients how to conceal their scars with make-up. One day Riza walks into her consulting room with an unusual scar, which he tells her is from his past in Sierra Leone. A few days later Riza seeks a place of safety, and Annette is happy to help. But when a shadowy figure starts to follow her it appears Riza may not have told the whole truth about what happened to him in Sierra Leone – and that Annette may be covering up much more than just his scars.

Camouflage is the third drama in Channel 4's Coming Up series – the annual talent initiative which gives up-and-coming writers and directors the opportunity to showcase their work on national TV. Now in its eleventh year, the scheme has launched the careers of some of the most exciting writers and directors in British TV – and is the only UK initiative offering aspiring talent the opportunity to make an authored drama with a full production crew, established actors and a guaranteed network broadcast.

Written by Lydia Adetunji and directed by Robert McKillop

See below for a clip.