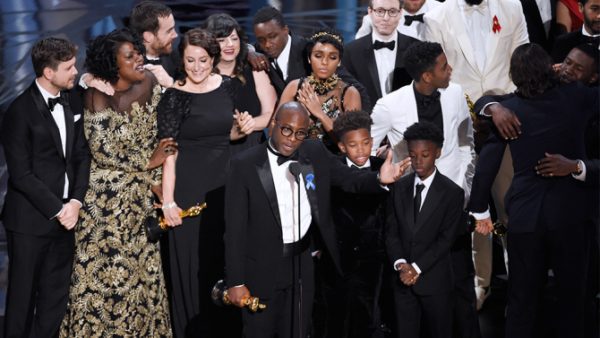 The highlight of the film calendar took place last night, with La La Land leading the way with the Academy Award wins. Their six awards included best actress for Emma Stone and best director for Damien Chazelle, 32, the youngest person to receive the honour.

However, it was the terrible mix-up when best picture was announced which overshadowed what should have been a magical moment for the Moonlight cast and team, which includes director Barry Jenkins.

Faye Dunaway named La La Land as the year’s best picture at the end of Sunday night’s ABC broadcast only to be corrected a few minutes later as the musical’s makers celebrated on stage, a tableaux likely to be immortalised in Hollywood annals. Audible gasps were heard in the Dolby theatre when La La Land producer Jordan Horowitz declared the real winner was Moonlight, a coming-of-age drama revered by critics. It appeared Dunaway and Warren Beatty had an envelope containing a card naming a previous award won by La La Land, prompting visible hesitation between the two veteran actors before Dunaway went ahead and named La La Land. Two minutes later Horowitz, as celebrations on stage turned into commotion, bewildered millions by saying a mistake had been made and that it was not a joke. He held up a card showing Moonlight was the winner.

Speaking backstage minutes later, Moonlight’s director Barry Jenkins said the error had left him speechless. “I’d never seen that happen before. It made a special feeling more special but not in the way I expected. The last 20 minutes of my life have been insane … beyond life changing.”

It's still a mystery as to why the bungle happened. After the mix-up, Beatty announced that the card they had, had Emma Stone's name on it, leading to the assumption that they had been given the wrong envelope – a discarded best actress one. However, Stone refuted this at her post-awards press conference say that she had the card in her hand even since she had one it earlier that night. Whatever the reason, it put a slight dampner on was an amazing achievement by Moonlight. See the full list of winners below:

Fire at Sea
I Am Not Your Negro
Life, Animated
WINNER: OJ: Made in America
13th

Land of Mine
A Man Called Ove
WINNER: The Salesman
Tanna
Toni Erdmann

Kubo and the Two Strings
Moana
My Life As a Zucchini
The Red Turtle
WINNER: Zootopia