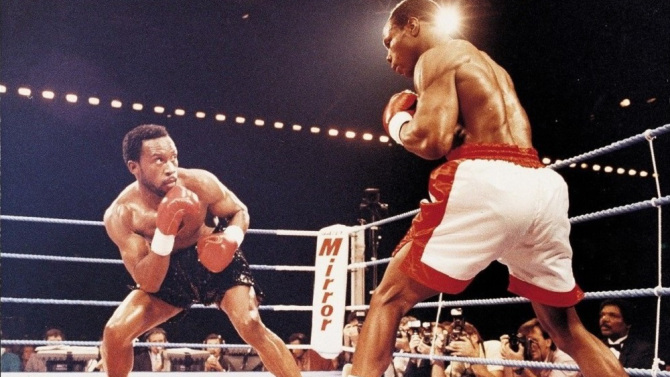 The legendary rivalry between controversial former British World Boxing champions Chris Eubank and Nigel Benn is set to live again in a new biopic about the pair, being produced by Fulwell 73.

Fulwell 73 announced that it was set for “imminent production” on the new boxing biopic Benn v Eubank, which will chart the individual journeys of the two fierce rivals, who dominated British boxing in the late 1980s and early ’90s, their hatred of one another and the two matches (in 1990 and 1993) that came to define their careers.

“Benn and Eubank’s rivalry was palpable and defined an era,” says director Kieron Hawkes. “I watched the whole thing playout when I was a kid, and to now be involved in bringing it to life through cinema is completely thrilling. This film will be modern British cinema at its best: dangerous, relevant and necessary.”

As well as producing The Late Late Show with James Corden, Fulwell 73 has a strong track record producing sports-based documentary features including The Class of ’92, I Am Bolt and Mo Farah: No Easy Mile as well as narrative feature projects.

Benn v Eubank is directed and co-written by Hawkes, whose debut feature Piggy was also produced by Fulwell 73. Sportswriter Daniel Harris co-wrote the script. Leo Pearlman will produce for Fulwell 73 alongside Julian Bird of Lorton Entertainment, which is financing the film. No cast has as yet been announced.

“We all remember exactly where we were and how we felt when Nigel Benn and Chris Eubank fought their two epic battles, our aim is to bring back those memories and feelings, to remind people just why they remain two of the most compelling characters in British sports history,” said Pearlman.