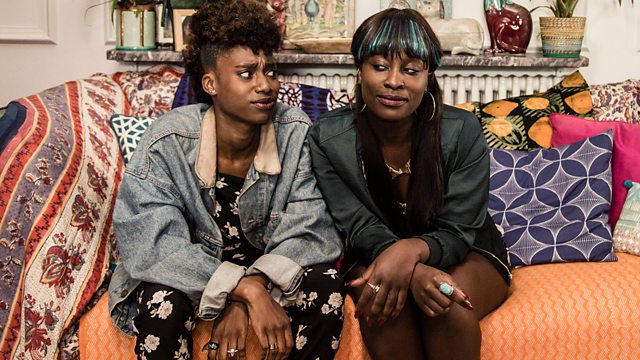 Check out the brand new episode of Ackee & Saltfish on BBC Three. Written and directed by Cecile Emeke, the comedy drama about the banter-filled friendship between two young black women living in London first appeared on YouTube in 2015 and became a critically acclaimed hit. This new episode has been commissioned by BBC Three as part of their Comedy Feeds strand, which aims to unearth new talent.

In this episode, Rachel (Vanessa Babirye) is horrified when she finds that Olivia (Michelle Tiwo) has brought home a new addition to the household – Gertrude the cat. Especially when it turns out Olivia's not been completely honest about where she found her…

To find out more about Ackee & Saltfish, visit www.ackeeandsaltfish.co.uk