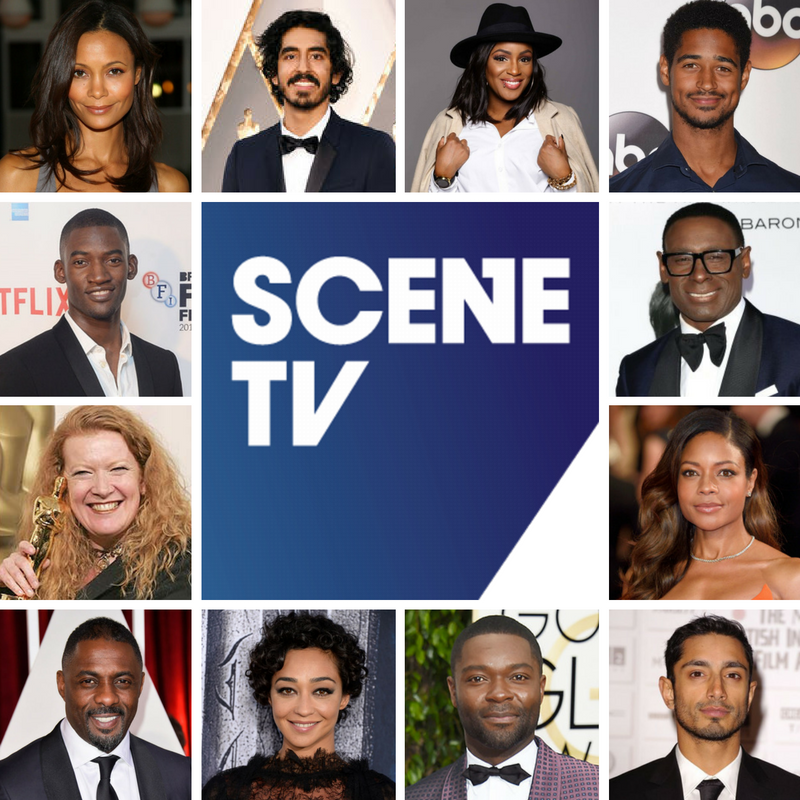 In 2016, it's undeniable that we have seen a trend of talent from U.K. and Ireland crossing the Atlantic and making huge waves – from John Boyega's star turn in Star Wars and Gugu Mbatha-Raw picking up projects left, right and centre (such as Concussion opposite Will Smith), to Ashley 'Bashy' Thomas playing an American so convicingly in hit series The Night Of it had people fooled! While this fuels the argument of a potential talent drain and raises the question of why diverse talent are still not getting this level of work on home soil, for the indivuduals flying the flag, their work and talents have definitely not gone unnoticed on a global stage. Over the last few weeks, the nominiations for the prestigious U.S. awards season have been trickling through and British and Irish talent are more than representing. Here's a round-up of who we should be crossing our fingers for:

In the HBO series Westworld, Newton stars as Maeve Millay, the madam of the creepy amusement park inhabited by synthetic androids, who soon discovers that her life is an elaborate lie. The actress has already picked up a Critics Choice award for Best Supporting Actress in Drama Series and now she's up for two more: Screen Actors Guild (SAG) award for Outstanding Performance by a Female Actor in a Drama Series AND a Golden Globe for Best Performance by an Actress in a Supporting Role in a Series, Limited Series or Motion Picture Made for Television.

Slumdog Millionaire is all grown up. Dev Patel has won rave reviews for his role in Lion where he plays Saroo Brierley in the true story of a five-year-old Indian boy who gets lost on the streets of Calcutta, thousands of kilometers from home. He survives many challenges before being adopted by a couple in Australia; 25 years later, he sets out to find his lost family. Patel has been nominated for a SAG award for Outstanding Performance by a Male Actor in a Supporting Role and a Golden Globe for Best Performance by an Actor in a Supporting Role in Any Motion Picture while Lion is up for a Golden Globe for Best Motion Picture – Drama and an NAACP Image award for Outstanding Independent Motion Picture.

Without question, Moonlight is one of the most beautiful films of the year and our very own Naomie Harris makes it shine even brighter. It was reported that she initially didn't want to take on the role of Paula, a crack-addicted mother, as she had vowed she would steer clear of negative and sterotypical depictions of black women in her career. However, she fell in love with the script and after director Barry Jenkins explained that the story was based on his own reality, she changed her mind, realising the importance of the story being told. And good that she did as she is now up for a SAG award for Outstanding Performance by a Female Actor in a Supporting Role, a Golden Globe for Best Performance by an Actress in a Supporting Role in Any Motion Picture AND Moonlight itself is up for an NAACP Image award for Outstanding Independent Motion Picture.

For a young Brit to play the lead in the remake of a classic is not small feat. And that's exactly what Kirby has accomplished with his role in History's Roots. In it, he plays Kunta Kinte in the story recounting the journey of one family’s will to survive, endure and ultimately carry on their legacy despite enormous hardship and inhumanity. The narrative spans multiple generations, beginning with young Kunta Kinte, who is captured in his homeland in the Gambia and transported in brutal conditions to colonial America, where he’s sold into slavery. Throughout the series, the family continues to face adversity while bearing witness and contributing to notable events in U.S. history – including the Revolutionary and Civil Wars, slave uprisings and eventual emancipation. Kirby is up for an NAACP Image Award for Outstanding Actor in a Television Movie, Limited-Series or Dramatic Special with Roots nominated for Outstanding Television Movie, Limited-Series or Dramatic Special.

As well as starring in Supergirl, Grimsby, The Night Manager and Beowulf this year, Harewood appeared in Free in Deed, a film which depicts one man's attempts to perform a miracle for a young mother and her son battling a seemingly incurable illness. However, for the lonely Pentecostal minister confronting his own demons as well, it seems the more he prays, the more things seem to spiral out of his control. For this role, Harewood has been nominated for an Independent Spirit Award for Best Male Lead.

Riz Ahmed – The Night Of

Personally, The Night Of was one of my favourite TV series of 2016, helped by the brilliant performance of Ahmed as a Pakistani-American taxi driver accused of murdering a female stranger after a night of partying. The tale revolves around the night of the crime (hence the title) and examines the police investigation, the legal proceedings, the criminal justice system and the feral purgatory of Rikers Island, where the accused await trial for felony crimes. Ahmed has been nominated for a SAG award for Outstanding Performance by a Male Actor in a Television Movie or Miniseries and a Golden Globe for Best Performance by an Actor in a Limited Series or Motion Picture Made for Television. The Night Of has also been nominated for a Golden Globe: Best Limited Series or Motion Picture Made for Television and an NAACP Image Award for Outstanding Television Movie, Limited-Series or Dramatic Special. 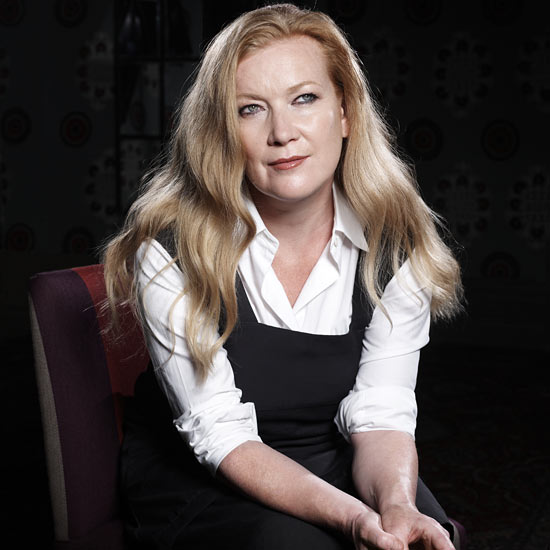 Since its premiere at Cannes Film Festival, American Honey has received non-stop critical praise. It's a story about a teenage girl with nothing to lose joins a traveling magazine sales crew and gets caught up in a whirlwind of hard partying, law bending and young love as she criss-crosses the Midwest with a band of misfits. Starring Sasha Lane, Shia LaBeouf and Riley Keough, it is British director Andrea Arnold's first film to be set and filmed outside of the U.K. Can Arnold continue her run of success at the Independent Spirit Awards where she's nominated for Best Director and the film is nominated for Best Feature?

Alfred Enoch – How to Get Away with Murder

Another child actor who is all grown up. Enoch, of Harry Potter fame, has been keeping audiences on the edge of their seats as Wes in Shonda Rhimes' How to Get Away with Murder. Not to spoil it for anyone who hasn't watched but the last series was definitely his most dramatic so will he be able to top off a great year and take home an award? He's been nominated for an NAACP Image Award for Outstanding Supporting Actor in a Drama Series, so let's see!

It has been a big year for Oyelow – in October he was honoured by the Queen with an OBE for services to acting. Oyelowo has also been very vocal about diversity this year, speaking highly about the importance of female directors and in particular, the women he has been directed by who include Amma Asante in A United Kingdom and Mira Nair in Queen of Katwe. It is the latter which has earned him an NAACP Image award nomination for Outstanding Supporting Actor in a Motion Picture. 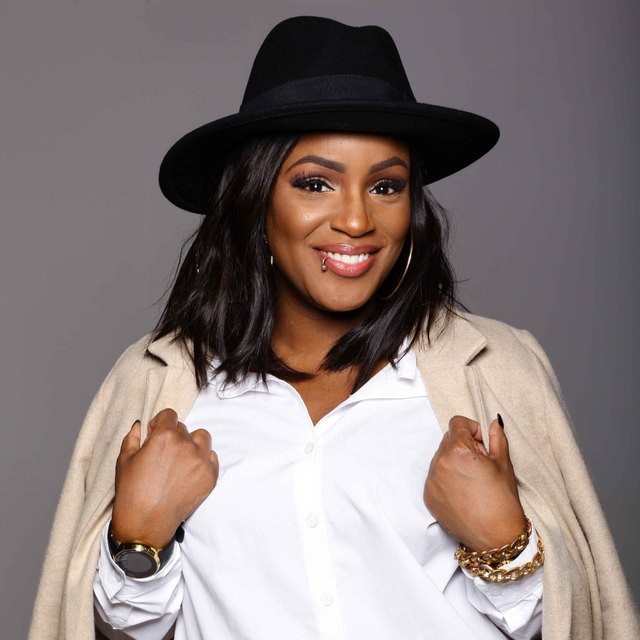 Freedom was one of the songs that caught fire this year. An empowering track delivered by Beyonce in the way she knows best, however did you know that the song was co-written by Brit Carla Marie Williams? The singer-songwriter has previously worked with the likes of Kylie Minogue, Little Mix and Girls Aloud but it is this politically charged anthem which has not only been nominated for a Grammy but also an NAACP Image award for Outstanding Contemporary Song.

What's an awards round-up without a mention of this guy? Elba has also had a busy year but it's not his face which is causing the noise this time, it's his voice. He has been nominated twice for an NAACP Image award for  Outstanding Character Voice-Over Performance – (Television or Film): once for Finding Dory, where he voiced the character of a Cockney Sea Lion called Fluke and the other for The Jungle Book, where he voiced Shere Khan.

Good luck to everyone nominated. To see the full list of who they're up against, see the links below: