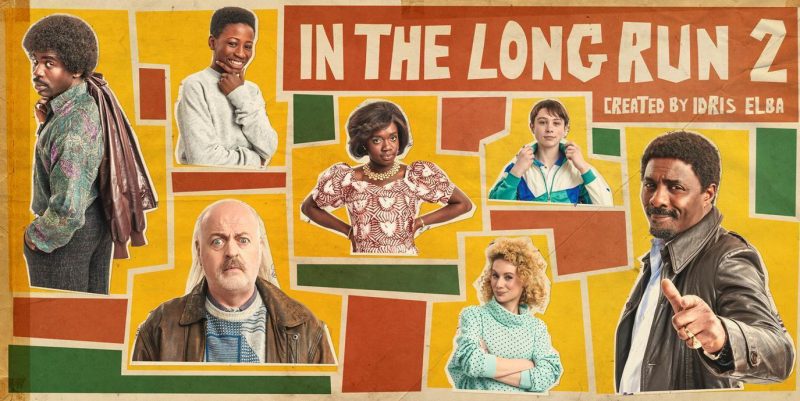 Idris Elba's award-winning comedy series In The  Long Run is back on screens this week with more 80s nostalgia and laughs from Walter Easmon, his family and quirky friends Bagpipes (played by Bill Bailey) and Kirsty De La Croix (Kellie Shirley). If you missed series 1, the semi-autobiographical comedy, created by and starring Elba,  sees Walter's quiet life turned upside down when his brother Valentine's arrives from Sierra Leone and moves in.

With the car plant workers facing redundancy from the factory, it’s all change for Walter in series 2 as he embarks on a workers strike alongside colleagues Bagpipes and Rajesh (Neil D’Souza), whilst Agnes (Madeline Appiah) looks to kick start her career with a new role at the local council. For Valentine, (Jimmy Akingbola) it’s a new stage in his UK life with a move to a flat of his very own. Check out the trailer below.

In The Long Run (co-produced by Sprout Pictures and Elba's company Green Door Pictures) was awarded the 2018 Broadcast Award for Best Comedy Programme and it was recently announced that US network Starz have picked it up for transmission from this November. UK audiences don't have to wait for long though – they can watch series 2 from 16th October on Sky One and stream all episodes on Now TV. Tell a friend!